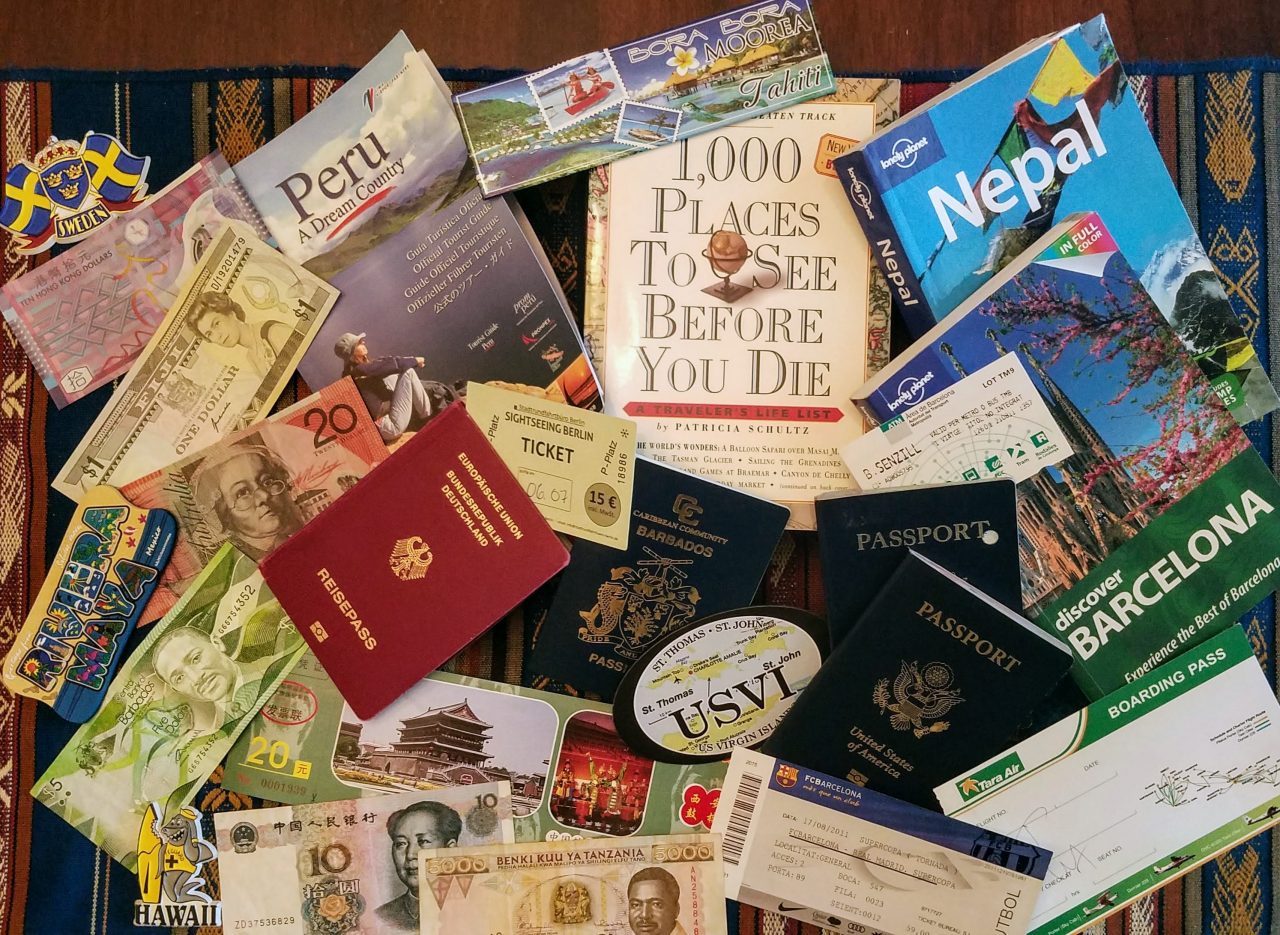 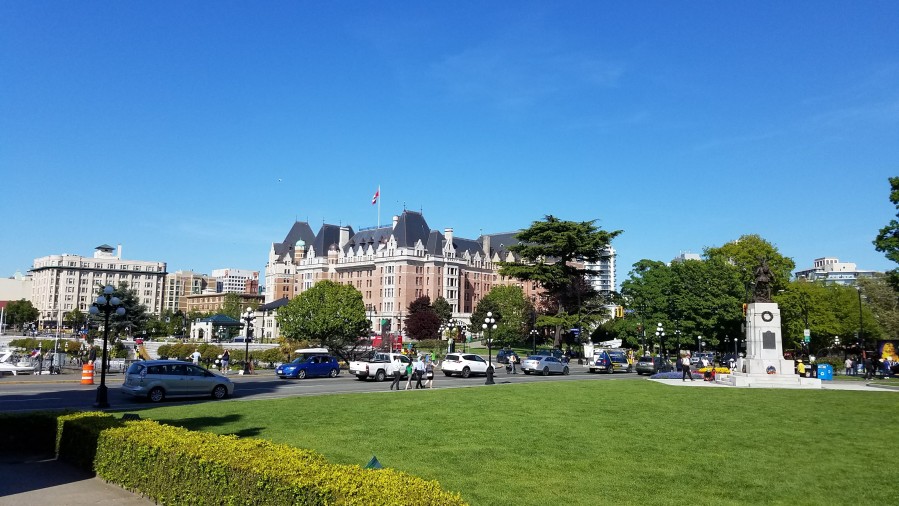 We’d been visiting Seattle for few days and stayed just twenty five minutes outside the city center in Lynnwood at the Best Western Alderwood. Not only was it cheaper but we wanted to have a shorter drive to the US Canada border and not deal with the Seattle city traffic. We loaded up the rental early in the morning and headed to Vancouver. From Lynwood, it was about an hour and a half drive to the border and another thirty minutes or so to cross. We chose the Peace Arch crossing which is the third busiest but offers a more direct route to Vancouver. Peak times are 3- 4 pm. Crossing times on other routes may be quicker but they take you thirty to forty miles east of Vancouver and that’s not where we wanted to be. This link can help you choose the crossing that’s right for you.

The wait at the border didn’t seem that long, pretty straight forward with the usual questions, “where are you going, where are you staying, how long?” Now we’re on our way, no hassles and it’s about fifty minutes to Vancouver center. Our hotel is again outside the city to the north which is a great jumping off point for all the outdoor activities in the Capilano and Grouse mountain area.

Before checking in to our hotel, we spent all day exploring the city. First stop was Gastown, a trendy neighborhood with lots of boutiques, restaurants, bars, souvenir shops and art galleries. It’s home to the famous steam clock that shoots out steam sounds of the Westminster chime on the hour and quarter hour.

We took a stroll through the Dr Sun Yat-Sen Classical Chinese gardens. Established in 1986, this place offers a quiet break from the hustle and bustle of the city. As we wound down our day, we drove to Stanley Park which has amazing views of the city skyline.

Stanley Park sits on the edge of town and is almost entirely surrounded by water. It’s a free park so you can stroll, hike or bike around. You can drive through as well but if you’re going to spend a significant amount of time, there are fees for parking. In the high season (Apr – Sept) it’s $13.40 and $7.20 in the winter (Oct – Mar) There are miles of hiking and biking trails including the five and a half mile sea wall which overlooks English Bay. On the opposite side of the park, the Burrard Inlet offers views of the Lion’s Gate Bridge, West Vancouver, Grouse mountain and the surrounding area.

After a long and exciting first day, we checked into our hotel. Depending on the type of vacation we’re taking, we like to book hotels that have some kind of kitchenette where we can prepare some meals. It’s a great cost savings which allows us to pay for more attractions and other things. Once settled, we took a short walk to the Capilano Market which was a few blocks from our hotel. We stocked up on some foodstuffs, snacks and enough water to fill our insulated water bottles from Camelbak (“affiliate link”) The following day was going to be a busy one with all the activities we had planned. A good night’s sleep was very welcome.

Day 2 and we’re out the door after a quick in room breakfast. First stop was the Capilano suspension bridge park, about a five minute drive from our hotel. If you’re staying downtown, you can ride the free shuttle bus from Canada Place with your ticket purchase but it’s first come first serve. The cost seems expensive CAD $54.95 adult and $49.95 for seniors (65+) but there’s a lot to do there. The park is much more than the bridge. We did the cliff walk, tree top trail, boardwalk, hiked some of the shorter trails, and checked out raptor education center. We were lucky enough to spot some bald eagles soaring through the tree tops. After our visit, we grabbed a quick bite and finished up with some very refreshing locally made ice cream. We were pleasantly surprised at how many dining options there were at the park.

Trudy is not a fan of suspension bridges, but how do get to the other side? The bridge is roughly four hundred and sixty feet long (140m) and two hundred and thirty feet (70m) above the river. As you can see by the video below, she made it and has a certificate to prove it. Bring on the next challenge.

After leaving Capilano, we headed to Grouse mountain which was just a few miles away. If you’re doing both attractions, it’s cheaper to buy a combo ticket which includes the sky tram ride up the mountain. This is a major skiing area but in summer there are lots of other attractions here as well. You can ride the chair lift to the top of the mountain and explore further. There’s also zip lining, lumber jack shows, theater and restaurants. There was still some snow on the mountain but it was nice and sunny and a light jacket was all that was needed. We checked out the grizzly bear habitat and did some short hikes. After lunch, Trudy booked a helicopter tour which was quite the surprise. I’d never done one before so this was a welcomed idea and a great way to finish up our day on the mountain.

On day 3, the plan was to take a day trip to Vancouver island. After a day in the wilds of North Vancouver, and a good night’s sleep, we loaded up the car and drove the fifty minutes to Tsawwassen. The ferry from Tsawwassen to Swartz Bay, Vancouver island takes about 90 minutes. If you’re spending more than a few days on the island, it’s better to take your car but you have to get there early, the line can be pretty long as there are commuters who take the trip every day plus all the commercial vehicles. We parked our car nearby at a secured lot and took the free five minute shuttle ride to the terminal. They offered pickup service as well as long as you were back by 9:00 pm. The walk up cost per person for the ferry is about CAD $17.00 and for car and driver CAD $75.00 The crossing is very scenic and picturesque as you sail between the Gulf islands. At the right time of year, you may see pods of killer whales.

Once we arrived in Swartz Bay and exited the terminal, we took a short walk to catch the #81 bus to the world famous Butchart Gardens. The ride is a little less than an hour and the fare was CAD $ 2.50 Taxis can take you there in half the time but cost up to $ 45.00. The cost to enter the gardens was $30.00 and to fully appreciate this fifty five acre wonder, you really need to set aside about three to four hours.

Butchart Gardens is a truly amazing place and we spent several hours there. There are themed gardens which include the Sunken garden in what was once a quarry, Japanese, Italian and rose gardens. I’m told that there are about seventy gardeners who are responsible for the daily upkeep and new plantings as the floral displays change according to the season.

After spending several hours in the gardens, we boarded a local bus for our trip to Victoria. There’s a bus stop three minutes walk away where you take the # 75 bus for the fifty minute trip to downtown. It was Mothers’ Day weekend so we had a booking for afternoon tea at the Fairmont Empress. We had just enough time to walk around the beautiful waterfront area checking out the assortment of ferries, water taxis and whale watching boats. Tea at the Fairmont is a very formal affair so we cleaned ourselves up the best we could and made our way over to the hotel. Dating back to 1908, this is one of the oldest hotels in British Columbia and has a national historic site designation. Although the experience was quite expensive, we thoroughly enjoyed it. It’s just one of those once in a lifetime things we don’t mind indulging in.

After a very satisfying tea experience, we walked the grounds of the Parliament Buildings and relaxed on the great lawn. As it turns out, May is a great time to visit Vancouver, the weather was sunny and not a drop of rain the entire time. It may also have been a little warmer than usual.

Vancouver island is one of those places that we would love to explore more. We barely scratched the surface of the things to do there. Next time, we’re staying on the island instead of the mainland. I wished we had more time but we wanted to make the 7:00 pm ferry. We saw enough that we know we want to return. The evening was a bit cool as we sailed back to Tsawwassen but the sun setting behind the islands was breathtaking.

Once a year, go somewhere you've never gone before!

The A to Z of Travel
The Gastronomy Gal

Simplicity in food and travel

Once a year, go somewhere you've never gone before!

The A to Z of Travel
The Gastronomy Gal

Simplicity in food and travel

The best longform stories on the web

The latest news on WordPress.com and the WordPress community.